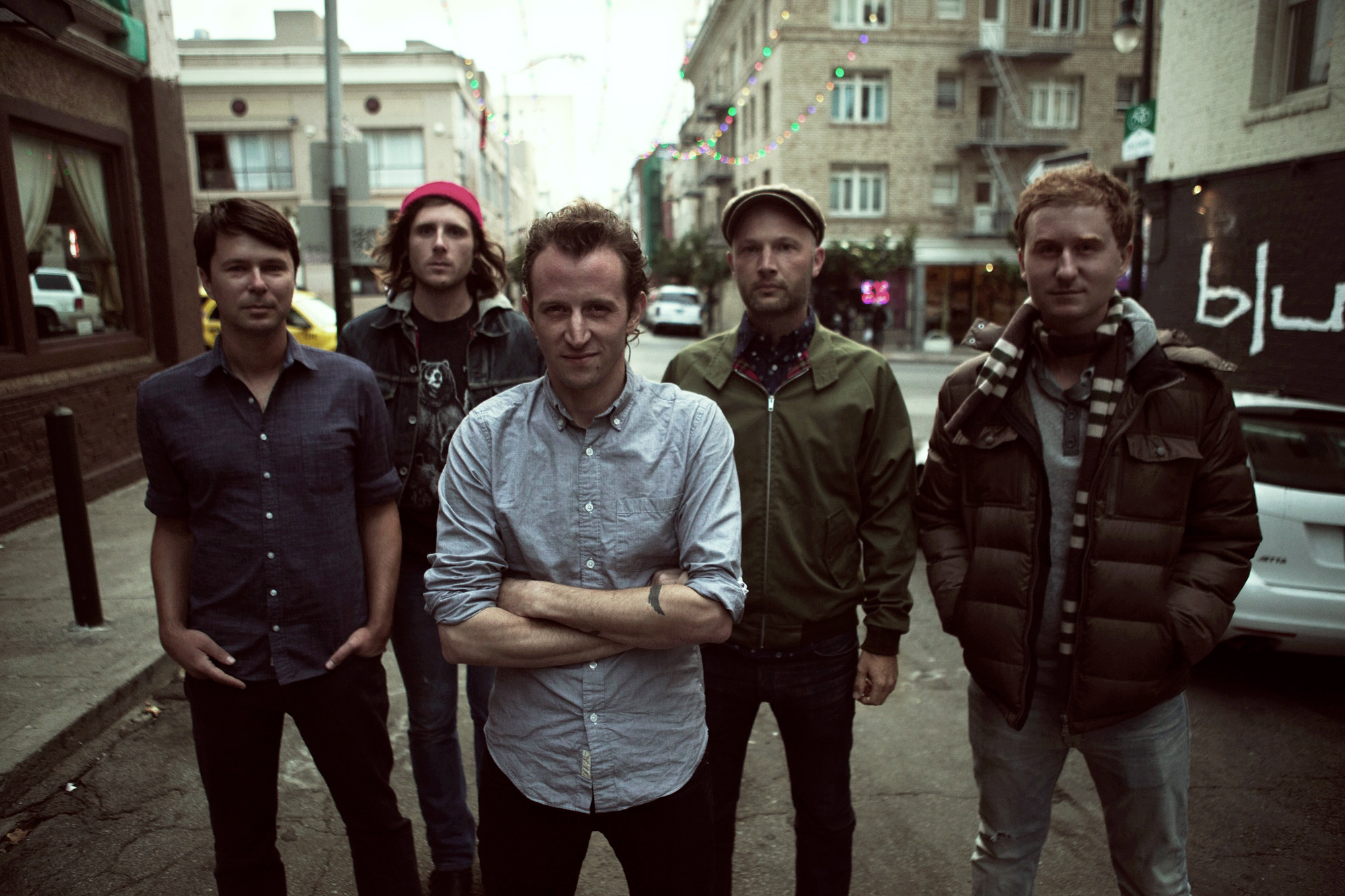 Through the San Francisco fog, across the Golden Gate, through a rainbow tunnel, amid the land of redwood forests and nuclear-free zones, lies a small, dark studio where The Visibles wrote and recorded their self-titled debut album. Over a year in the making, The Visibles presents layer upon layer of psychedelic imagery piled up like a Dylan-esque acid trip (if Bobby wrote more songs about girls, anyway). Singer-songwriter Justin Goldman offers seemingly painful, autobiographical confessions one moment, then builds up a wall of opaque metaphor the next. His remarkable singing voice, often drawing comparisons to Bowie and Lennon, stands in stark contrast to anonymous, verb-drenched shoegazers that populate the current landscape. The rest of the group is comprised of Pascal Garneau, who produced and mixed the album as well as serving as guitarist in the band, Robert Jakubs (drums), Dashiell Worfolk (keyboards), and Mike Alexis (bass). Upcoming shows here.

“A little bit of folk, a little bit of psych rock and some enjoyable song-crafting make for a charming and catchy record that has us longing to see more of The Visibles.”
Dylan Macturk, KQED Arts/Noise Pop
Bay Acts Make Tracks: Fall’s Top-10 Pop Releases

“…I instantly felt like I was transformed back in time to a small room where, if I was alive during their heyday, I would be listening to some Velvet Underground.”
David Holland, Indie Music Review
http://www.indiemusicreview.com/single-reviews/the-visibles-trestled-in-trees

“The species of visibles seem to be emissions of beams from the objects seen, almost like odours, save that they are more incorporeal”
Lord Francis Bacon, 1740